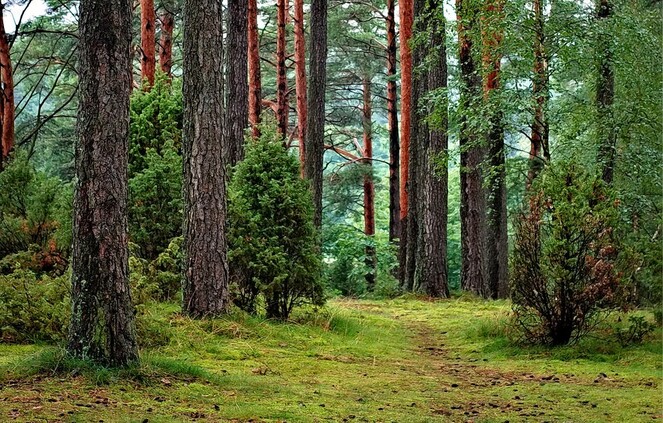 One sunny afternoon, a hunter was out in the woods when he shot a deer, but in the process his arm got caught in a thorn bush. He cried out in pain as the thorn stuck deep in his arm. The thought of pulling out the thorn scared him as he feared the severe pain that it could cause. So he decided not to move his arm at all and instead strapped it to his side. But now, he couldn’t drag the deer with just one arm. So he had to leave his catch behind.

On his way home he had to cross a bushy stretch of the woods where he accidentally brushed his arm on a tree. The pain and discomfort angered him and he decided to give up on this route and find a different way back. Due to this diversion, he arrived home late.  His family was waiting for him to bring back the catch from his hunting expedition. But since there was no catch, they could not cook supper and went to bed hungry that night.

By the time he woke up the next morning, his arm had healed with the thorn still inside. The thorn was pressing against a nerve causing pain in other areas of his body. Now doing any sort of physical work became very difficult for him. He now had to look for other means of supporting his family. He decided to take up jobs that didn’t tap into his true strengths and didn’t support his family’s needs as well.

This deeply troubled the hunter. He could not use his full potential. Day and night he worried about what he was going to do.

How different could things have been for this hunter if he had pulled out the thorn?

This is story exemplifies how fear, avoidance of pain, and suffering can shape our lives. We could be the hunter and the thorn maybe the fear in our mind blocking access to our true potential. Unlike the hunter, we could choose to turn towards the thorn and pull it out. And while we are the ones who own the decision whether or not to pull the thorn out, the process of getting rid of the thorn need not be a lonely one. We could explore the possibility of seeking support from those who are willing to help alleviate the pain – it could be a friend, a family member, a mentor, or a coach.

There are times when we feel the pain, and yet we tell ourselves that there is no thorn. We could be telling ourselves this story for so long that the thorn becomes almost invisible because it was lodged so long back that our reiteration of it not being there overshadows the reality of its presence.

While thinking of the hunter and his pain, it seems straightforward to us that there is no reason why he should be spending the rest of his life protecting the thorn from getting touched when he can just remove it and be free from it. The same holds good for our inner thorns. They can be removed. However, if we choose to keep them, we may end up having to live our lives such that we are constantly trying to avoid situations that may be like the bushes that brush against the thorn. For example, if the thorn is the fear of judgment then each choice we make is driven by our need to avoid judgment. The effort that goes into avoiding the bushes takes our focus away from our true passion.

In his book, The Untethered Soul, Michael Singer uses the analogy of the thorn to explain how problems and challenges can serve as agents of growth if we embrace change rather than protecting ourselves from it. No matter how hard we work to avoid change or protect the “thorn” from rubbing against the bushes, change is constant and the moment our external situations shift even a little bit, a new bush may appear. He goes on to say that we must not doubt our ability to pull out the inner thorns and that once we delve deep into our core, our decision to stop allowing the troubled parts of ourselves to run our lives, can open the way to tap into our inner strength. Taking this deep dive within ourselves helps us discover who we truly are. While this will require us to “fully feel” the pain of the thorn, feeling the pain facilitates the release of the thorn. And eventually, with the release, the pain subsides. Being a witness to the inner disturbances helps us realize that they are transient, just like waves. This ability to witness cultivates a unique kind of awareness that doesn’t resist or fight the pain, instead, it gently releases the pain.