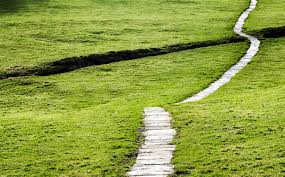 Once upon a time, there lived a master who was well known for his gift to solve complex life problems. One morning he had two visitors who needed his guidance. Both were gentle and well-mannered young men. Each requested the other to go and consult the master first.

As they spoke to each other, they realized that both of them had the same question for the master. So they decided to go in together.

One of them said, “Sir our questions are similar. We are both being ill-treated at work. In spite of our hard work, we get no respect. Should we quit our jobs?”

The master closed his eyes and meditated. The two young men waited patiently until he opened his eyes. He gave them the answer in five words, “Only a bowl of rice”.

The two young men thanked the master and left. As they walked out together, they reflected on the answer. One of them asked the other “What do you think the five words meant?”.The other responded, “ The bowl of rice symbolizes our daily meals. I think the master was telling us that the job is nothing more than a means to get our daily meal”. After this discussion, they went their own way.

One of them immediately submitted a letter of resignation and returned to his hometown in the countryside and took up farming. After years of consistent hard work,  this young man achieved significant success as a farmer. He used his learnings and connections from his time in the city to import high-quality seeds. The produce he grew became known as the best in the region. He enjoyed good profits and earned a great reputation as a knowledgeable farmer and an entrepreneur.

The other young man continued with his employment. He also did well. His perspective had completely changed after the visit to the master. He developed a tolerance for conflicts and took on various challenging roles. As time passed, he began to be looked upon as a leader who could turn around challenging situations. He got several promotions during the course of the next few years and was now a manager.

One fine day, The two of them ran into each other by chance. They exchanged notes on how their lives had unfolded. They realized that they had taken two very different paths based on the same response from the master. They were both happy with their respective choices, but which path was the correct one?

“How strange. We both heard the master’s answer the same way but took up very different paths. Why did you quit?” the manager asked the farmer. The farmer, who was equally confused said, “I understood his words immediately. The job was nothing more than a way to get my daily meals so why force myself to stay in an unpleasant situation just for a bowl of rice. Quitting was the right thing to do. Why did you stay?”.

“ I also thought that the master meant that the job was nothing more than a bowl of rice so why was I getting so affected because of it. As soon as I understood this, I realized there was no need for me to get so upset. I did not have to take the unpleasantness at work personally. So I stayed. Isn’t that what he meant?” asked the manager.

Both of them were curious about which approach was correct. What did the master actually mean?

They decided to visit the master once again. “We would like to know the actual meaning of your advice. Which path was the correct one master?”.

The master closed his eyes and meditated. The two men waited patiently. After a few minutes, the master opened his eyes and responded in five words, “Just a difference of perspective”.

Our interpretations and our choices may be based on our conditioning, our intrinsic nature and our state of mind. Sometimes breaking down “why” we are doing what we are doing and getting down to the most basic reason may help us make our choice and discover our path. This path may be different than the path taken by those around us. Yet, the path each one of us takes to “how” we pursue our “why” may be the right one for our individual journey.